News You Can Use – March 2021 Newsletter

Here are answers to some common tax questions.

The New World of Bank Reconciliations 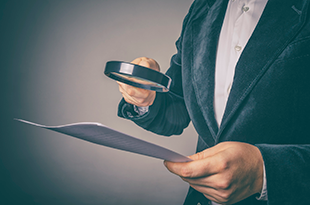 Here’s a look at the new world of bank reconciliations and some ideas to use to ensure your bank account is accurate.

In a nutshell, a bank reconciliation ensures your account is accurate. This is done by comparing all your activity with what the bank is reporting.

The importance of timely bank reconciliations

There are several reasons for conducting these account reviews on a timely basis:

Tips for reconciling your accounts

Here are some tips for reconciling in the new world of banking.

The way bank reconciliations are done may have changed over the past 20 years, but the vital role they play in maintaining your financial health will never disappear.

Get Your Contractor or Employee Classification Right!

Tax challenges can be VERY expensive

As a small business owner, you may face the issue of whether to classify workers as employees or as independent contractors. 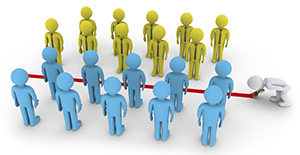 Classifying your workers as independent contractors generally saves you money. That’s because you avoid paying employment taxes and benefits on their behalf.

If the IRS determines that you misclassified your employees as contractors, you could end up paying all of the employment taxes and benefits that would have been paid over the years. Depending on the size of your work force, the cost to your business could be substantial.

Deciding whether a worker is a contractor or employee can get complicated. And remember that there are significant financial consequences for incorrectly classifying a worker. Please call if you have a question about how to classify one or more of your employees.

A terrible tax surprise everyone should know

What follows is a true story. A story with a sad ending. But one that has a lesson for everyone. Stick with the story, with a high degree of certainty you probably know someone in this exact situation.

Back in the 1970s, U.S. Savings Bonds were a popular savings alternative. Grand parents purchased them for kid’s college. Many used them to build funds for retirement. Even better, you paid ½ the face value and later (usually 20 years) the bonds matured at twice what you paid for them. So a $1,000 investment yielded $2,000 when it reached maturity. In our case, this tax bomb had the following ingredients:

The bomb is set

Joe purchased Series E saving bonds each year in the 1970s. With half down and promise of double value upon maturity, Joe amassed a nice $140,000 retirement fund. After 20 years the bonds matured. Joe did not yet need the money, so he converted them to Series H savings bonds. This effectively deferred the interest income on the Series E bonds since the bonds were not cashed.

With the new Series H savings bonds, Joe paid federal income tax each year on the interest earned. Meanwhile the taxable interest from the series E bonds continued to be deferred.

The result? Joe thought he was paying tax on the interest each year…BUT there was a sleeping tax bill on interest of $70,000 just waiting until Joe cashed in his series H bonds!

Surprise! He receives a notice from the IRS saying he owes them $24,000! This includes plenty of penalties and tax.

Lessons for all of us

Because neither the bank nor federal taxing authorities believe it is part of their duty to help you make knowledgeable tax decisions, you are on your own. This one-way street of knowledge makes having an expert on your side more important than ever!

As always, should you have any questions or concerns regarding your tax situation please feel free to call 832-303-3995. To see past newsletters click here.