It’s almost New Year! Have you done your yearly credit report checkup yet? While you’re at it, protect yourself from charity scams this season by reviewing some big red flags, and learn how to prioritize cash flow in your business.

Call if you would like to discuss how this information relates to you. If you know someone who can benefit from this newsletter, feel free to send it to them.

Time for a Yearly Credit Report

One way to head off fraud during tax season is to get your free annual credit report now. Credit reports often have errors in them; this quick checkup can be the first indication that some form of identity theft has taken place on your account.

The good news is that each of the major consumer credit reporting agencies is required by law to provide you with a free report once a year. Here’s contact information to help you get your free credit report:

Listed here are the three major credit agencies and how to contact them directly.

Reminder: Each agency may try to upsell you into additional paid services. If you find problems on your credit report, work through the credit bureau’s process to correct the error. Also place fraud alerts on your credit agency account if you experience any kind of identity fraud. 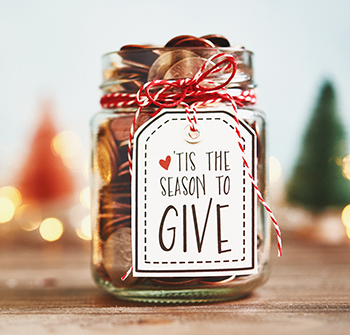 You’ve probably already received several letters and phone calls from charities asking for donations. Most requests are from legitimate organizations. Some, however, are bogus charities set up by con artists who use the holiday spirit to their financial advantage.

Last year, Americans gave nearly $428 billion to charities, according to Giving USA 2019: The Annual Report on Philanthropy for the Year 2018. That’s a huge incentive for fraud.

If you’re planning to donate, take some time to learn how to spot a charity scam. Here are a few big red flags:

Many charitable organizations are seeking your aid to address genuine hardships. Avoid the schemes of unethical scammers, and your donations will provide help where it’s needed most.

If you think you’ve been contacted by a bogus charity, let the Federal Trade Commission know by filing a complaint.

Cash Flow: A Central Part of Your Business Plan

When tracking and planning your business objections, it’s easy to focus your analysis on two reports — the income statement and balance sheet. But one of the primary keys to your business’s success relies more on how you handle the money flowing in and out of the business. The appearance of a solid profit can hide a lurking cash flow problem.

Here are practices to help you give your cash flow the attention it deserves:

When businesses fail, it’s usually because they run out of money. By making cash flow a central part of your business plan, you greatly reduce this risk.

Whether or not you hear sleigh bells ringing, winter wonderland is here! Here’s a quiz to test your wintertime wisdom and offer you fun facts to impress your family and friends.

As you enjoy the season, spread some of these fun wintertime facts with your loved ones.

As always, should you have any questions or concerns regarding your tax situation please feel free to call.